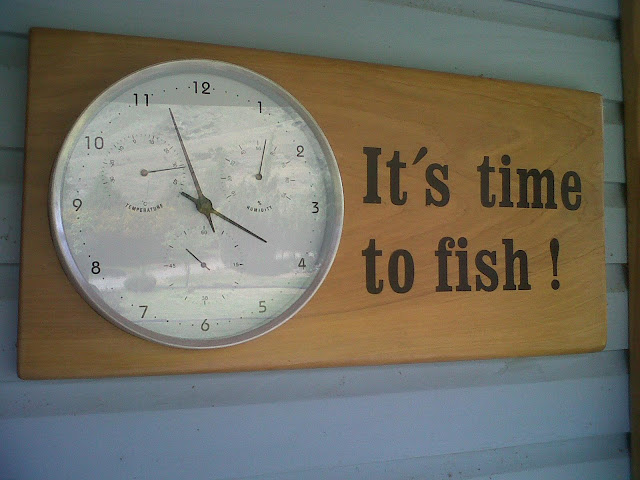 I absolutely love Chile.  If I had to pick another country to live in, Chile would be in my top three choices. However, for the true DIY walk-wade angler, Chile creates many challenges. The challenges are accessibility, walking lengthy distances, safe wading and cost.  For example: due to private lands, accessibility of the best rivers in Chile is just about impossible. Don't get me wrong, there are thousands of other rivers to fish in Chile; with many access points.  However, walking up or down stream, for miles and miles, from these access points, is severely limited. Why?  The vegetation can be extremely thick, jungle like and impenetrable. If you can find access points, the next question...is it safe wading? Some of the rivers in Chile are fast, deep and dangerous.  Lastly, the cost of traveling in Chile can be expensive for a 'solo' DIY angler.  If you had two or more anglers, and spent a great deal of time camping or staying in cheap hostels, then the price tag is reasonable.  But, overall, Chile is still far more expensive than Argentina.

Question: I like to float, but I love to walk-n-wade.  Why is Argentina better for the walk-n-wade angler?

About Argentina: Fishing and Traveling

Argentina is the 8th largest country in the world and covers over 1 million square miles. Despite its size, Argentina is only inhabited by 40 million people.  Half of the population lives within ten of the largest metropolitan areas.  The other half of the population is spread throughout rural areas and in some parts of the country, population density is among the lowest in the world.  This affords visitors the opportunity to entertain in modern citys' such as Buenos Aires,  yet escape to...

To say the very least, for both tourist and the fly fisherman, there is much to see and explore in Argentina! To begin to comprehend the year round fishing opportunities in Argentina, one only needs to know two regions: Northern Argentina and Patagonia.

Northern Argentina is the unofficial Golden Dorado capital of the world.  Within the region there are several key areas to test you skill against this amazing specie.  For instance, if you are a hard-core fisherman who prefers tactical fishing from a drift boat or wading, and don't mind quality over quantity, then we highly recommend the Salta area. The famed river in the Salta area is called Rio Juramento.  It is known to hold monster Dorado's over 40lbs! The river fishes best during the months of September, October and November. Between the cunning characteristics of this fish and the temperament of the river, you will be tested to every imaginable fly fishing boundary... even the pro's tactical prowess and mental/physical endurance are challenged! Personally, it is one of the toughest rivers I have ever fished in my entire life. Also, in the Salta area and along the Bolivian border, there are many un-named sub-tropical forested streams which affords the angler the opportunity to site fish for Golden Dorado.  Note, due to water flows, many of these smaller streams are seasonal fisheries.

The other Golden Dorado fishery of choice is set in an abundant subtropical climate and a verdant river delta. Specifically, the Paraguay/Parana drainage system offers miles and miles of large open water and marshy channels filled with Golden Dorado and other exotic species.  The major advantage of this area is year round fishing and accessibility. From Buenos Aires, it's less than a 60 minute flight,  a 3-7 hour car ride, or a 8.5 hour bus ride.  Though, the Dorado are not known to be as large in this area,  they are abundant and range between 2-15lbs. Compared to Salta, the overall fishing experience is physically and mentally easier.  In fact, 9 out 10 anglers choose this area over Salta.  Personally, I have fished both, and though I love to challenge myself,  I find this area of Argentina to be the best overall value for Dorado fishing.

Southern Argentina is home to a bio-diverse region known as Patagonia.  This region is so huge and seemingly endless, it encompasses both Chile and Argentina.  In Patagonia Argentina, it is 880,000 square kilometers or roughly 2/3 the size of the 8th largest country in the world.  It includes five of Argentina's twenty four provinces (Rio Negro, Neuquen, Chubut, Santa Cruz and Tierra del Fuego), eleven of its twenty three national parks, and three of its eight UNESCO World Heritage Sites. Though much of Patagonia is a sparse low brush desert and wind swept plains,  the heart of Patagonian life lies within the climatic transition zone of the Andes mountain range.  Here you will find life such as the Andean Condor, Puma, Flamingo's, Guanaco's, Red Stag Deer, Pudu (world's smallest deer) and variety of migratory fowl.  But, for the fly fisherman, the center attractions are the Andean crystalline waters, all teeming with wild fish.  To truly understand Patagonia, it is best to divide it into three sections.

A.  Northern Patagonia (Neuquen Province):  In the 1960’s, fly fishing gods such as Joe Brooks and Mel Krieger made the rivers surrounding Junin de los Andes famous. What they discovered back then was a trout fishery unlike any place on Earth. They discovered many of the rivers in the area are attached to large trout producing Andean lakes. As a result, during the spring and fall runs, they targeted monster rainbows and browns moving in and out of the lakes. When the runs slowed down in mid-summer, they discovered an amazing dry-fly fishery second to none. Today, dry fly fishermen have pioneered the use of large attractor dry flies, such as the gypsy king, chernobyl ants, large hopper patterns, and big beetles. Folks, Junin de los Andes is the fly fishing capital of Argentina.  Though vacation towns such as Bariloche and San Martin de los Andes offer more for the average tourist, there is no other place other than Junin that offers more accessible rivers/lakes and modern conveniences for the fly fisherman.  Below is a list of rivers and lakes that we fish in the surrounding Junin de los Andes area.


B.  Central Patagonia (Rio Negro - Chubut): lies on the precipice of modern summer vacation towns to the north, and the southern gates of fly fishing nirvana.  The center piece of the region, Los Alerces National Park, draws the intrepid fly fisherman like a moth to light.  Within the 1,000 square mile park lies a staggering amount of Andean lakes and rivers, surreal verdant Valdivian mountain rain forests, +3,000 year old redwood tree's, and arguably the purest genetic strain of very, very wild trout.  Here you can fish for all species of trout and even target an established run of Pacific Chinook Salmon. Working our away south from the Bariloche area, these are the rivers we fish:


C.  Southern Patagonia (Santa Cruz - Tierra del Fuego):  are the last two provinces before you officially reach the southern most part of the civilized world, or jump a ship to view the frozen world of the Antarctic continent.  For most whom come here, the 94,000 square mile province of Santa Cruz offers the tourist breathtaking views of Mount Fitz Roy and Perito Moreno Glacier.  And, for the fly fisherman, the province holds the only known Atlantic Steelhead run in the world.  Lastly, whether you fish either province, both are known throughout the world for their magnificent Sea Run Brown Trout fisheries. Unfortunately, and a warning to all, both provinces are known for some of the worst weather in the world.  But, each year, the fisheries listed below, draw a few fly fishing fools...and from first had experience, we all loved it.

Fishing South America (Patagonia or TDF) is an amazing experience.  I highly recommend, and hope that all anglers will have a chance to fish South American waters.  How, and with whom you fish these waters, in my opinion, is what matters the most.  There are may choices, but if like what you see and read, and if you prefer a custom fly fishing vacation designed to meet your specific needs, whether walking-wading or floating, we welcome the opportunity to work with you.