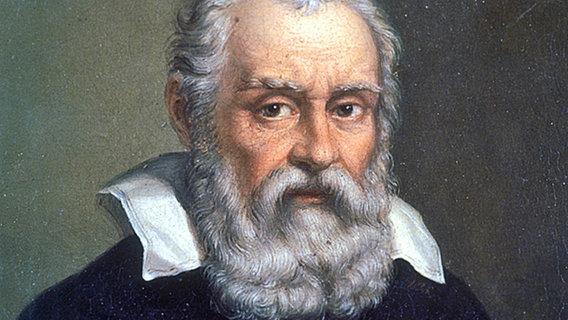 You can learn a lot from history.  For example, how 'The Establishment,' whether religious, political or social, has consistently rejected anything that contradicts their modus operandi.  On this date, in 1616, 'The Establishment,' known as the Roman Catholic Church rejected a proposal, backed by science.  Specifically, the Pope rejected Galileo Galilei's theory that the sun is the center of the universe, not the earth (i.e. the earth and neighboring planets revolve around a fixed point called the sun).  From The Establishment's perspective, Galileo was basically saying that your wrong.  The Pope kindly asked him to recant his position, but Galileo respectively declined.  Fast forward to the year 1633, Galileo was tried by 'The Establishment,' found to be a heretic, and was sentenced to imprisonment for the rest of his life.  It should be noted that the Pope quickly changed the imprisonment terms to house arrest. Galileo, one of the GREATEST minds in the history of the world, died at age 77, while under house arrest. It was not until October 31, 1992, more than 350 years later, that the Roman Catholic Church said -- oops, he was right, sorry.  It should also be noted, that Galileo was a devout christian, who publicly professed his faith in god and two of his daughters spent their entire lives in a convent (he had nothing against god or the church).

Have I caught your attention, and what does this have to do with fly fishing?  In the world of fly fishing you have a choice of working with or without 'The Establishment.'

When you work with First Cast Fly Fishing (FCFF), you are most definitely not working with 'The Establishment,' or their ways.  Like Galileo, our programs may seem controversial; however, our modern and innovative methods are backed by science, yet rooted in a zen like faith, which focuses on the art of fly fishing.

Here's a quick comparison of First Cast (FCFF) vs. The Establishment (other). 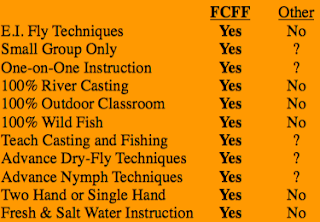 At FCFF, we don't run an outdated educational model. Our teaching techniques are modern, based on your Emotional Intelligence (E.I.), not a textbook that was written 50 years ago. The majority of our classes are held with only one or two anglers. We define a small group as less than four. If you want to learn how to fish, shouldn't you spend your time in the river fishing, not at a casting pond? Our casting and fishing classroom is the river!

Our E.I. Fly education model is based on 21st century, proven science -- not a century old model. You will not be lost in a large group class. You will constantly engage with your instructor. You learn from your instructor, real fishing conditions, and yourself -- feedback and learning are constant.

We mean no disrespect to the Roman Catholic institution, or to the millions of their followers.