The start of my day was uneventful.  No morning walks for me, just a typical hostel breakfast consisting of coffee/tea, toast and cereal.  I elected not to go for an early morning walk because my lawyer was scheduled to pick me up at 9am.  He arrived on exact South American time, 20 minutes late.  Seriously, this is on time in South America.  As we drove off he called the shipping agent and we quickly discovered that our appointment to pick up my truck has been pushed back to 3:30pm.  Yet again, this is par for the course, and there is nothing you can do about it.  In fact, if you travel to South America for any length of time, you'll soon discover that being 20 minutes late is universally accepted.  What you may discover that 20 minutes late, may indeed be code for 2 hours, 2 days or 2 weeks late.  The take away message here, be prepared for shit to happen.  A closing thought/advice on this subject; do not get angry with anyone, it will only make matters worse.  For Example, years ago I was waiting for a flight to leave Puerto Montt, Chile.  The flight was scheduled to leave at 1:00pm, the clock read 12:58pm.  I sat patiently, knowing the flight will leave, when it leaves.  However, an American and fellow fly fisherman, who did not speak a lick of Spanish, was engaging the airline employee in an increasingly hostile manner.  He was simply concerned that he was going to miss his flight, and his emotions got the best of him.  His voice became louder and his body language became more aggressive.  As  a result, the employee became uncomfortable and was obviously annoyed by this man.  Several of her co-workers got involved and soon before things got out of control, I stepped in.  I introduced myself to this man and began explaining to him the situation.  As I spoke, I could tell from his facial expression that he did not trust me, and was wary of my motive.  He then finally ask me how I knew what I knew.  Specifically, he asked me, " how do you know that I did not miss or will not miss my flight?"  My reply, because I am on the same flight and we are the only two passengers on it.  The flight was from Puerto Montt to Chaiten.  The airplane only seats a about 6 people.  I have taken this flight several times before, and I knew that it is always delayed, either by weather or by human fault.  This fellow calmed down a bit and we began talking.  It was at this point that I realized that anglers traveling to South America, whom do not speak Spanish, and without the aide of a co-traveling bi-lingual host, is not the best idea.  Further more, while managing a lodge in Argentina, the groups that traveled with their bi-lingual host (typically an America fly fishing guide) always seemed to have the better experience.  Why? Comfort and peace of mind...that's all.  For Example: I do not speak fluent Spanish, but I do speak excellent travel Spanish.  Add in my experience of hiking/fishing the entire Andes mountain range in one year, and I come to my point: my experiences and awareness of how things work on a local level, is what separates FCFF from other services.  In this particular case, this gentleman was not a FCFF client, but I was happy to help him along his way.  Why?  It is who I am and I can't tell you how may people have helped me, along my journeys.  So, in good spirit or Karma, it's the right thing do, especially to a fellow fly fisherman.

I am sure anyone of you would be equally anxious, frustrated, etc., knowing that you just paid $5,000 for a one week stay at lodge and you missed your flight, you don't speak Spanish, and now you have no idea what the hell to do or expect.  Especially, when you know what you have paid for on the other end...you paid for some of the best fishing in the world (see photos below).


As my day moved along, I soon found myself eating lunch, with my lawyer, overlooking the Pacific coast.  We were in San Antonia, the shipping port, where I was going to pick up my truck.  On the menu was fish and it was very good.  After lunch, we shuffled from building to building, and even back to the same building a few times, to get all the necessary signatures and stamps (they're big on documents, not so much on efficiencies).  This paper-work process took hours.  Then finally, after 30 days on the sea's, I saw my truck...YEAH!  From this moment,  things went down hill.  Here's what happened... 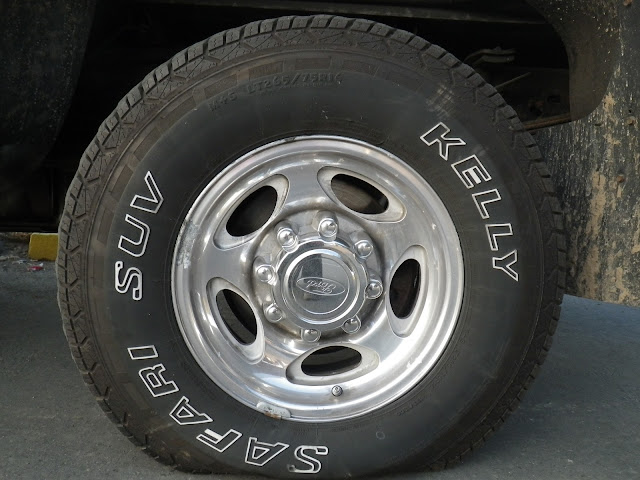 One of my brand new truck tires had been damaged.  Specifically, the tire was low in air pressure and on the inner wall of the tire, there was a tumor like bubble, about the size of a softball.  I have no idea how this happened, but it will create a new opportunity to learn how to buy a tire in Chile.

My truck started immediately...phew!   I let her warm up a bit and as I depressed my foot on the break pedal, the pedal itself, went directly to the floor, without any resistance.  Initially, I was not concerned, but as I began to drive, I realized I had no brakes.  I stopped the vehicle and began reading the owners manual.  After a quick bake fluid level check, under the hood, it was immediately obvious that I had no break fluid.  I look for noticeable leaks, but none was found.  As I closed the front hood of the truck, I noticed that my front license plates was gone. I walk around the back of the truck and discovered the other license plate was missing as well.  I asked the port agent, " donde esta mis patentes."  He replied, I don't know.  Well, it's now 8pm, on the first summer weekend of the year and guess what, all the offices were closed except for one, the shipping port office.  We spoke to the manager and he said that 95% of the used cars that are imported to Chile, the license plates are stolen.  STOLEN...WTF?  Who would want to steal a license plate?  So, even though I had all my documents sign and stamped, I was told that the truck could not leave customs without proper license plates (patentes, in Spanish).  I took a moment to thoroughly look over my truck and noticed that my LED lights that I bought for the back camper were gone.  As well, it was very obvious that someone had been in the front seat looking through my glove box papers.   At this moment, I was really surprised I did not go all RAMBO on everyone.  But, like the story I explained in my initial paragraph, what I could I do?


In situations like this, I tend to be more of a thinker, finding a solution to the problem, rather than acting irrational (at least I like to hope I am).  However, deep within me, I could not help but wonder if this thing, shipping my truck to Patagonia, was one big F'n mistake.   I immediately began to do my thing...THINK. Unfortunately,  it was well past 9pm, the sun was setting on the Pacific, it was Friday, and I was in a foreign country.  Time for plan B, a medium sized pizza and a bottle of vino. Seriously, we drove back to Santiago and due to my raging hungry and completely frustrated state of mind, I needed a buzz and anything to ward off malnutrition.  FYI, the pizza was good and the bottle of wine was one of Chile's worst, but I drank most if it anyways.  Fast forward to the morning and I had a slight hang-over and but-gut from cheap wine (border line too much info).

So here is he game plan for operation LFD (Live Free or Die). 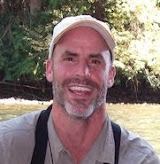